Faith is one of the those things that seems so easy , but it really isn’t it isn’t as easy as everyone says.. How many of us really believe in God and how many of us really believe that he’s there with us 24 7. None of us have seen him. Have you ever had a moment in life where you think about certain things and maybe they shouldn’t have turned out as good as they did and maybe they shouldn’t have turned out where you’re still alive? Have you ever had those moments where you should have been in a car accident you should have been the one that got hit walking on the crosswalk any of those kind of moments? I have I have had plenty of those moments moments where maybe I just shouldn’t have survived maybe I don’t belong here maybe I don’t deserve to live. But because I am here because I am Alive because I do have a life because I am healthy because my children are healthy because my life is taking turns and places and direction that I wasn’t quite ready for that they are leading me to success I have faith. And it’s all happening because I took that leap of faith I brought myself back to my roots of Christianity I am learning and growing through God I had to learn that God is there for me I had to learn that I was never alone in those dark places where I thought that no one cared. It took me awhile to accept that he loves me or that he was there for me or that I deserve to even be loved. It took me awhile to accept that I would go through all these traumatising things in my life if God really really was there or if God was really really in love with me as his daughter the way that he should be the way that everyone says he is the way that the Bible says he is. It took me awhile to accept that I didn’t need to run anymore. It took me awhile to accept that I didn’t need to be the person that I was being just to get his attention. He was there he was there this whole time he was there with me he was there protecting me he was guiding me and making sure that I didn’t go overboard. But he allowed me to hit rock bottom. I blame God for everything that went wrong I blamed him for me loving an addict I blamed him for me becoming an addict I blamed him for my mom being an addict. I blame God for the divorce of my parents as a youth I blame God for the abuse that I endure through a boyfriend I blamed God because I just felt like he had just given up on me. And all along all I had to know was I had given up on myself God was waiting for me he was there he was holding me up he was keeping me from dying inside.

So to answer my own question faith is believing in God no batter what.And knowing he will always take care of me and make a way! 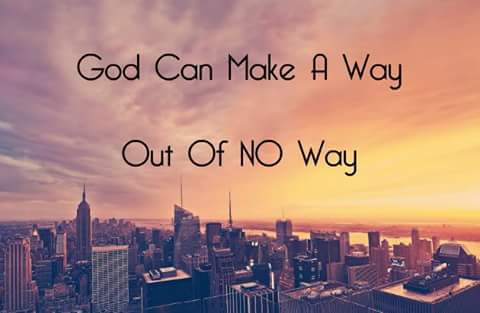